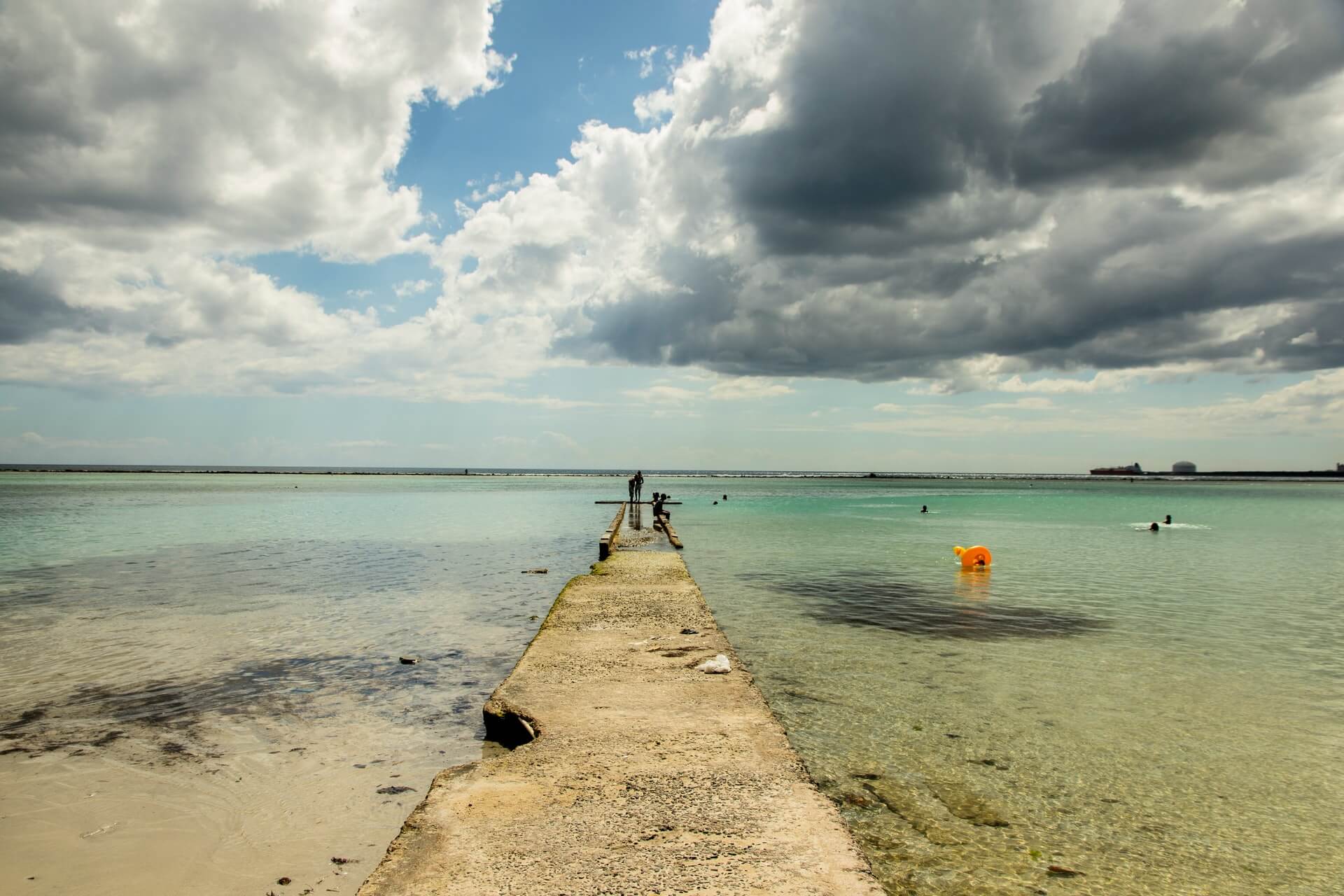 Boca Chica is one of the most popular tourist destinations in the Dominican Republic. The town stands less than 30 kilometers from Santo Domingo, the Dominican capital, in San Andres Bay. The white sandy beaches draw hordes of tourists and city dwellers, especially on weekends.

The sprawling industrial, commercial and tourist area only developed into a port in the 1930s after the establishment of a sugar factory. In the 1960s, the area slowly began taking shape as a beach resort when wealthy residents began building vacation villas.

A key attraction to the area is the Boca Chica beach which is bay-shaped and is often described as a large natural swimming pool. The beach is surrounded by a huge coral reef that features two small islands. In the center of the coral reef, there is a mangrove that is called La Matica or ‘Little Bush,’ which is home to thousands of herons, locally known as garzas. The beach features a long, narrow street full of vendors selling different kinds of seafood and souvenirs.

Tourists to the area engage in swimming and other water sports such as jet skiing, kayaking, paddle boating, snorkeling, water skiing and windsurfing. Apart from its beaches, popular excursions from Boca Richa include visits and diving at the La Caleta Submarine Park, deep-sea fishing, exploring the Catalina or Saona Island, and horseback riding.

If you plan to visit Boca Chica, it is important to note that road closures due to SpaceX’s activities have become a norm. The company is looking into buying homes from locals in a bid to expand its operations.